Like aspirin, Motrin is a nonsteroidal anti-inflammatory drug (NSAID), that is, one that does not contain cortisone. Dosed at 200mg, it is available over the counter. Beyond that, Motrin dosage 400mg is available on prescription.

The pros: Motrin is more effective than paracetamol in certain types of pain with an inflammatory component and, in a limited dose, it has fewer disadvantages than aspirin.

The cons: It can cause drowsiness as well as heartburn.

Ibuprofen is a drug belonging to the family of aryl-2-propionic acids (profenes). It is a non-selective inhibitor of COX cyclooxygenases with analgesic and antipyretic properties at low doses, the anti-inflammatory effect appearing at higher doses (more than 1,200 mg in adults).

Ibuprofen should not be taken for more than four days in a row without medical advice. NSAIDs should not be combined with each other or with aspirin. Best taken with a meal. Avoid if you have a history of stomach ulcer. Incompatible with certain drugs (anticoagulants). Motrin is contraindicated from the sixth month of pregnancy.

What is in Motrin?

Ibuprofen is main medicinal substance among Motrin ingredients; the rest of them are excipients, which means they are non-active. Motrin contains ibuprofen 200mg to 400mg per dose, to be spaced 6 hours apart, up to 1,200mg per day.

What does Motrin do?

Mortin alleviates the symptoms of the following  conditions: 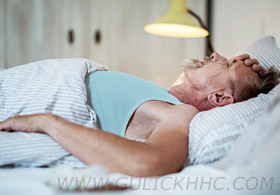 Inflammation is a normal reaction of the body to an attack, whether it is an infection, or a physical trauma such as an injury. Take the example of a wound: the body will react locally, at the level of the wound, by producing substances which will cause pain and others which have an action at the level of the vessels: these dilate what explains heat, redness and edema. In addition, a succession of chemical events results in the release of inflammatory substances (prostaglandins, prostacyclins, interleukins) and the activation of inflammatory cells.

Changes in the blood also occur and are visible on the blood test: the number of white blood cells increases, the speed of sedimentation and PCR (protein C reactive), fibrinogen are also three blood parameters that are increased.

How does Motrin work? It prevents the activity of a substance called COX, which oversees the cascade of inflammation and leads to the formation of prostaglandins, prostacyclins and thromboxanes. It also acts on fever and pain; in the classification of analgesics by the WHO, Motrin is a part of the first level of analgesic drugs (morphine is classified in level 3). Finally, it thins the blood by preventing platelets from aggregating on a wound.

What is Motrin used for?

Motrin is used to relieve headaches, migraines, low back pain, muscle pain (aches), arthritis or osteoarthritis flares, sciatica, painful periods and other types of pain that might be experienced by anyone from time to time.

How long does Motrin last? 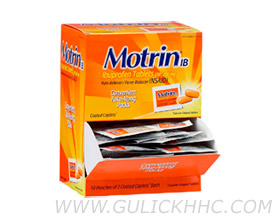 The effect starts already after 30min but the maximum effect is achieved after 1 to 2 hours. After that, the effects vary from person to person. The maximal duration of Motrin effects is 6 hours, but the average therapeutic window of the drug is 3 to 4 hours.

In case of menstruation pain, you should take the first tablet of 200 mg ibuprofen just before the period begins. If you have rheumatic problems, you should take the tablet in the morning for the best effect. But the dose should be determined by doctor first and foremost.

How many Motrin pills can I take?

The stomach and intestines are sensitive to Motrin: nausea, vomiting, diarrhea, heaviness or stomach pain, even ulcer and digestive hemorrhage can appear as side effects. Any stomach pain should be reported to your doctor. Allergic reactions are possible, with hives, asthma, etc. Other undesirable effects of Motrin are: headache, fatigue, tinnitus, hypertension. Caution is advised in the elderly. 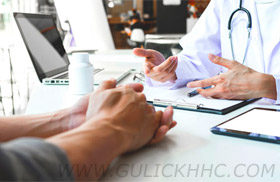 Like aspirin, ibuprofen thins the blood. It is therefore not recommended in cases of asthma, coagulation problems or stomach ulcers. In pregnant women, ibuprofen is formally contraindicated from the beginning of the 6th month of pregnancy. Doctors also advise against taking it during the 1st trimester because of a potential danger for the hormonal development of the fetus. Any prolonged treatment or overdose exposes to serious undesirable effects: headache, dizziness, loss of consciousness, hemorrhage, severe heartburn, black and foul-smelling stools translating into bleeding of the digestive tract, ulcer.

If there is no interference of Motrin with diet, there is with certain drugs. Taking anticoagulants, lithium, other anti-inflammatory drugs, ticlopidine, methotrexate, salicylates is therefore contraindicated. And certain associations are to be watched, such as antihypertensives, corticoids, and certain antidepressants.

The dosage recommended by the FDA as a first dose is 200 mg for an adult. You should never exceed 400 mg per dose and 1,200 mg per day. An interval of at least six hours must be respected between each intake and the treatment must not last more than five days without medical advice.

Alcohol consumption should be absolutely avoided when anti-inflammatory therapy is in progress. Alcohol has the particularity of increasing or decreasing the effects of drugs. Alcohol potentiates the harmful side effects of Motrin. The stomach wall can be particularly irritated when you take Motrin and alcohol together. This effects can cause intense heartburn or in some cases ulcer. It is therefore better to avoid taking alcohol while taking ibuprofen.