Cipro is an oral bactericidal agent used to treat infections of the respiratory tract, middle ear, urogenital, abdominal infections, skin and soft tissue infection, as well as bone and joint infections in adults and children above the age of 4.

What is Cipro used for?

The extensive use of Cipro has led to the rapid and increasing development of resistant bacteria (staphylococci, Pseudomonas and other Gram negative germs). In order to avoid the appearance of bacterial resistance, second choice antibiotics must be considered, to be used in a targeted way, reserving them for selected cases. They should not therefore replace the standard treatments available in the most common infections (eg broad-spectrum penicillins and macrolides in respiratory infections, co-trimoxazole in urinary infections).

How does Cipro work? 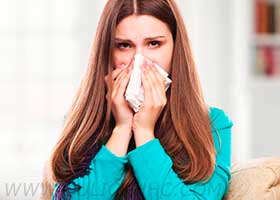 Ciprofloxacin is a fluoroquinolone derivative introduced in therapy in the late 1980s. In its structure there is a cyclopropyl substituent on N1 which, together with the fluorine atom and the piperazine ring, contributes significantly to its antibacterial activity.

Ciprofloxacin has amphoteric properties. At physiological pH it prevails as zwitterion and this characteristic favors its passive diffusion through the envelope of bacteria. Fluoroquinolones are a class of antibacterial drugs widely used due to their effectiveness, broad spectrum of action, excellent pharmacokinetics and acceptable handling.

The development of this class began in the early 1960s with the introduction of nalidixic acid, a synthetic antibacterial indicated exclusively in uncomplicated urinary infections caused by gram-negative bacteria. Over the last 40 years there have been several “generations” of quinolones chemically modified with respect to nalidixic acid and with improved pharmacological characteristics.

How long does Cipro stay in your system?

Ciprofloxacin is rapidly eliminated by the kidneys and metabolized mainly in the liver. The half-life of Cipro is estimated at 4 hours. You should drink sufficient amount of fluids to help your body eliminate the drug faster and avoid eventual toxicity that may build up if you experience dehydration while on ciprofloxacin therapy.

Patients Cipro should be used with caution in the following groups of patients:

Consider the following cases when Cipro is to be avoided:

What are the side effects of Cipro?

Cipro belongs to the class of fluoroquinolones. Overall, these are generally well tolerated antibiotics. A review of 28 randomized, double-blind, controlled studies found that in 22 studies Cipro were similar to other comparative antibiotics in terms of incidence of undesirable effects and 5 were better tolerated.

Although it may slightly differentiate between incidences and types between one compound and another, the undesirable effects of Cipro are generally very similar and mainly involve the gastrointestinal system, the central nervous system, the skin and, to a lesser extent, the apparatus osteotendinous.

When Cipro should be suspended

By Collen, Wednesday 4th of September 2019

I used this drug for many years due to chronic sinusitis. I have been operated 2 times on the nasal septum, turbinates and polyposis. After the first course of Cipro I noticed chronic fatigue and stomach pain. Later on, tinnitus appeared, which over time improved.

Went to the doctor for severe pharyngolaryngitis. From the first dose I noticed a marked improvement in the burning of the throat (I was really sick) and fever. I am allergic to clarithromycin but this antibiotic has given me no problem despite having delicate stomach and leaky gut; I totally recommend it! I used oral suspension.

Good morning, my husband is hospitalized in intensive care and has contracted the klebsiella, he was given a Caz avi cycle, but it seems that the bacterium was not eradicated, even though in a previous hospital they told me that the tampons were negative. Can this drug be used again or can it no longer be used? The doctor recommends Cipro…

It can be used if it could fight resistant bacteria, but the other possibility is to administer therapy with 2 or more antibiotics simultaneously in synergy, perhaps associating an aminoglycoside with a low impact of nephrotoxicity such as netilmicin or alternatively associating Ciprofloxacin flac for ev.