Hydrochlorothiazide is a drug that facilitates the elimination of water and salts (in particular, sodium and potassium) from the body by increasing the production and elimination of urine (a diuretic drug). It is used to lower blood pressure when it is too high (“arterial hypertension”) and to eliminate the collection of liquids that can form in the tissues (edema), due to various diseases. The drug does not cure hypertension but serves to keep it under control.

What is Hydrochlorothiazide used for? 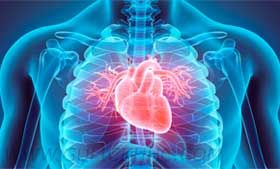 Hydrochlorothiazide starts to carry out its diuretic action after about 2 hours and achieving maximum effectiveness at the fourth hour, can be taken easily by mouth. The diuretic effect of Hydrochlorothiazide is due to the presence of hydrochlorothiazide, the active ingredient benzothiazidic able to mainly increase the excretion of sodium and chlorine, but in second analysis also of potassium and magnesium, inhibiting the sodium / chlorine transporter expressed on the surface apical of the cells of the distal convoluted tubule of the nephron.

The diuretic action of Hydrochlorothiazide is generally followed by a direct antihypertensive action on the vascular smooth muscle, mediated by the increase in the exchange activity of the sodium / calcium channel. The increased flow of this element from the muscle cell to the blood, accompanied by a reabsorption of cellular sodium, guarantees a better control of the spastic contraction of my arterial fibrillary cells.

After its action, which lasted for about 6/12 hours, the hydrochlorothiazide is eliminated via the kidneys.

It should be taken preferably in the morning, after breakfast. If a second dose is needed, it can be taken in the early hours of the afternoon, unless otherwise advised by the doctor. If you miss a dose, see to it as soon as possible; however, if the next dose is due, leave the forgotten dose and continue following the prescribed schedule. Do not stop therapy without first consulting your doctor. Antihypertensive treatment may need to be continued throughout life.

How does Hydrochlorothiazide work?

Hydrochlorothiazide inhibits sodium reabsorption in the distal tubule, causing an increase in the excretion of sodium and water as well as potassium and hydrogenions. The diuretic effect is established within 1-2 hours of administration and lasts 6-12 hours. Absorption after oral administration is 50-80%. It is 68% bound to plasma proteins and has a plasma half-life of 5.6-14.8 hours. It is not metabolised and is excreted as such in urine.

What are the most common side effects of Hydrochlorothiazide?

In addition to the beneficial effects, each drug can have some side effects. This drug is generally well tolerated; however, sometimes disorders such as: dry mouth, intense thirst, feeling of tiredness (which is generally reduced with the continuation of treatment), stomach pain, nausea, diarrhea, feeling of dizziness and empty head, increased sensitivity to light solar (erythema), rarely impotence (talk to your doctor if this disorder occurs and causes you to quit therapy). Contact your doctor if you notice signs of excessive loss of potassium salts, such as: irregular heartbeats, mood changes, cramps or muscle pain, fatigue and weakness or other disorders. Report any other effects deemed to be attributable to the drug to the doctor.

Hydrochlorothiazide, like other thiazides, can cause the following side effects: 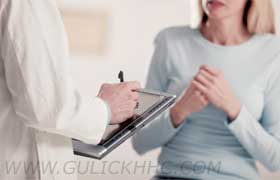 The drug may cause changes in plasma lipid concentrations. The incidence of sexual dysfunctions (eg difficulty in erection) is greater with thiazides than with other antihypertensive agents, but generally does not require suspension of treatment. Less commonly, hydrochlorothiazide can induce rash, photosensitivity and haematological disorders. Pancreatitis, intrahepatic cholestasis and hypersensitivity reactions (including pneumonias, pulmonary edema and severe skin reactions) have also been described.

Like in case with all diuretics, it is advisable to assess the plasma levels of the electrolytes before proceeding with the administration of Hydrochlorothiazide, and if necessary, correct them.

In diabetic patients it is necessary to administer the drug with particular care, as it may be required to adjust the dose of the hypoglycemic drug, given the hyperglycaemic effect of hydrochlorothiazide. In hyperuremic patients, the haemoconcentration effect following the administration of Hydrochlorothiazide could lead to an increase in gout attacks.

Given the increased secretion of potassium, determined by the saluretic effect of hydrochlorothiazide, to avoid episodes of hypokalemia, with consequent associated symptoms, it could be useful to add a diet rich in potassium to pharmacological therapy.

It is also necessary to consider that diuretics, and in particular thiazide ones, expose the patient to potential hypokalemia, with symptoms characterized by a significant decrease in perceptive and reactive capacities, which could make driving or the use of machinery dangerous.

The use of diuretics such as hydrochlorothiazide, could determine an alteration of the normal blood flow to organs important for the growth of the fetus, compromising their development; therefore the use of this drug is not recommended during the first trimester of pregnancy, and subsequently only under strict medical supervision. Instead it would be necessary to suspend breastfeeding during the therapeutic protocol. 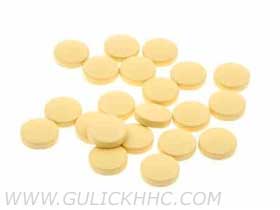 Hydrochlorothiazide could increase the side effects of lithium salts, reducing their excretion, and curare derivatives.

The hypotensive action of this drug could be enhanced by the concomitant administration of other antihypertensives, alcohol or barbiturates, and inhibited by the simultaneous administration of non-steroidal anti-inflammatory drugs.

Concomitant use of corticosteroids, on the other hand, could increase potassium loss and expose the patient to more or less severe symptoms depending on the extent of the loss.

Report all the medications you are taking to your doctor, if you have serious kidney or liver diseases or if you suffer from other important diseases; signal if diarrhea or persistent vomiting appear which can lead to a further and excessive loss of water and salts. Report if you have ever suffered from “allergies” to drugs or diseases such as eczema, asthma, hives.

Do not take Hydrochlorothiazide alongside:

I don’t know exactly when I started with Hydrochlorothiazide. I take it in combination with Amplodipin 10mg and it has given me, however, such side effects as a stuffy nose (all day long a runny nose, sneezing and watery eyes) but after quitting Amplodin the side effects disappeared too. Recently I’ve started taking generic Hydrochlorothiazide 12.5mg. The pressure is now around 120/75 which is “good” for me…

Generic Hydrochlorothiazide is as good as more expensive brand meds. I am on it currently after the brand Esidrex and see no difference so far.

Log in to Reply
By Noreen, Wednesday 11th of December 2019

Hi, I ask for a consultation regarding my father, he is 67 years old and already follows a therapy for the control of blood pressure with the following drugs: Triatex and Hydrochlorothiazide. Lately though, despite the therapy has never given problems, he has been suffering from dizziness and feeling of exhaustion, the latest surveys of his pressure have never resulted in a value lower than 140/85. What should he do? Do you think the values are worrying?

The administration of diuretics (Esidrex) must be prescribed very carefully and accompanied by a significant intake of liquids (the general recommendation 2 liters of water). Only the combination of an ACE inhibitor (such as ramipril or perindopril or similiari) with a calcium channel blocker (amlodipine for example) allows a perfect and physiological control of blood pressure, helping to protect the three target organs of hypertension and that is brain, heart and kidneys.