Erectile dysfunction can stem from the drop in libido to depression, repressed anger to anxiety. And again, from alcohol abuse to taking medications, from stress to obesity to problems with muscles, circulation or nerves. Listing the reasons behind impotence is really difficult, but the ones listed are the main ones. Better yet, those which – over the years – have been identified as the founding basis of the problem. Erectile dysfunction can be both physical and psychological in nature. In recent years, however, another cause was added to this list: pornography, because those who prefer the virtual sex or porn to the “physical” one run the serious danger of ending up in a complex mechanism from which it is difficult to escape.

Online pornography – a topic on which various essays have also been written – exerts a stimulus so strong as to raise the threshold of “tolerance” towards hard images in people, creating an addiction that refers to that of narcotics and reducing the ability to sexual response.

In summary: the more you consume pornography online, the higher the risk of erectile dysfunction during a sexual relationship with your partner. The reason is simple: to get excited, you will need a load of pornographic images which, in the real situation, you will not have. 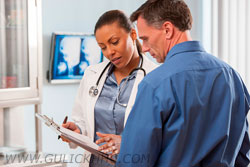