Ashwagandha is one of the most important herbs in Ayurvedic medicine where it has been used for more than 4,000 years. Today we know that the effect is a result of the herb affecting the stress hormone cortisol. In Ayurvedic medicine, ashwagandha is called “the prince of Ayurveda” and is one of the few Ayurvedic herbs that can be given to all constitutions and acts as a “rasayan” – which means that it is generally invigorating, balancing and rejuvenating. 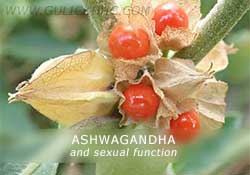 In recent years, interest in ashwagandha has increased greatly, also outside India. This is partly due to the fact that an Indian company has invested in clinically documenting the ancient Ayurvedic uses, mainly to increase the knowledge of ashwagandha outside India.

The studies have also provided new knowledge about how ashwagandha works in the body. The studied extract named KSM-66 is a standardized full spectrum extract that is ten times more concentrated than dried, fresh root. The extraction was done using organic milk and water according to Ayurvedic knowledge.

Here are occasions when ashwagandha helps:

One of the clearest effects is on the sex hormone testosterone, progesterone and estrogen. Our anabolic, buildup and energy-creating hormones that are in direct contrast to cortisol. Studies on KSM-66 show that the amount of sex hormones is increasing as cortisol production decreases. In addition, ashwagandha activates the production of gonadotropin which increases the formation of LH, a hormone which in turn facilitates the formation of testosterone, progesterone and estrogen. In addition – when the cortisol content is lowered – calmness increases. A prerequisite for sexual potency and desire.

The absolute main reason for supplementing the diet with ashwagandha is for its ability to increase the resistance to stress and thereby lower the production of the catabolic, degrading hormone cortisol. Studies show that ashwagandha down-regulates the stress axis, which reduces cortisol production by close to 30 percent.

One of the main uses is sleep. The explanation is the effect on GABA, an important signal substance that reduces nerve directions, which makes the brain easier to relax. However, it is not to be confused with sleep-producing substances that make you sleepy. It does not generate GABA, it helps you come to rest which is the basis for you to be able to relax and sleep well.

There is a clear link between overweight and stress, the reason being that cortisol increases blood sugar levels and lowers metabolism. The excess energy is put into fat reserves where it is easily accessible, especially around the stomach and waist. In addition, stress often creates a need for sugary and high fat foods. As the stress decreases, the amount of anabolic, energy-consuming hormones, ie testosterone, progesterone and estrogen, increases, while the production of ATP cell energy increases, resulting in a marked increase in caloric consumption. Clinical studies show that both weight and BMI decrease when consuming the extract.

Several clinical studies show that strength, muscle growth and fitness increase. Several factors contribute to this, including the increase in the production of ATP, the energy used in working cells. In addition, the body’s own production of creatine is stimulated, which further increases the muscle’s working capacity. As the cortisol content decreases, the amount of hemoglobin also increases and the oxygen uptake capacity improves. That the muscles can work harder without taking damage is shown by decreasing levels of creatine kinase, a protein that increases in the blood as the muscles break down. The muscle can recover faster. Both muscle growth and strength increase while improving oxygen uptake. 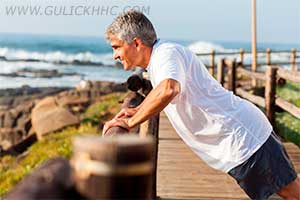 TSH, the hormone that stimulates the production of our thyroid hormones T4 and T3, is affected by stress. Just as the adrenal glands that produce cortisol are affected by the hypothalamus and the pituitary gland (HPA axis), so does the thyroid gland. In chronic stress with increased cortisol content, the production of TSH often increases, however, the production of T4 and T3 does not increase to a corresponding degree. Conditions are called subclinical hypothyroidism and often lead to low metabolism and fatigue. Clinical studies have shown that KSM-66 normalizes hormone balance within a few weeks.