A number of successful experiments claim that an ordinary blood test can be the ground for diagnosing depression. How is it possible: depression is not a physical but first of all a mental problem? The scientists believe that the levels of a special amino acid called acetyl-L-carnitine can show whether a person is depressed and how severe the disease is. 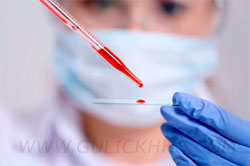 Nevertheless, a small number of studies doesn’t give grounds to confirm this statement for a hundred percent. Further delving into the issue can give more answers, yet the beginning is rather promising.

Being a naturally secreted amino acid, acetyl-L-carnitine is present in each of us. This chemical is responsible for supporting a good metabolism in the human body. It has long been used as a dietary supplement to improve the brain and nerve function. It is also applied in the therapy of memory loss and nerve tissue restoration.

How can acetyl-L-carnitine levels prove depression?

In the studies performed on this matter, the amounts of acetyl-L-carnitine in the blood have been measured in people dealing with depression. The received results of the blood tests were compared with the quantities of this amino acid in mentally healthy people. The comparative analysis showed that individuals suffering from depression had significantly lower acetyl-L-carnitine levels than their healthy counterparts.

In addition, it has been noticed that the severity of depression could also be traced with the amounts of this amino acid. The severer the disease is – the lower the levels of acetyl-L-carnitine are.

Other ways of determining emotional issues with a blood test 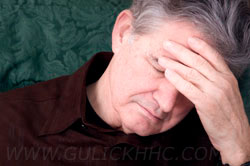 Low mood and mood swings, which are characteristic of depression may also be the signs of some underlying health issues that may show through such a condition. For example, a lack of thyroid hormone may lead to poor mental state and make you feel apathetic and depressed.

By doing some blood tests, a doctor may determine whether the core of the issue is in the thyroid gland and then prescribe the needed treatment.