In case you have some worrying symptoms (weight gain concentrating around your face, acne, thin skin, and easy bruising), a blood testing is the only reliable method of finding out the core of the problem. By performing a cortisol blood test, your healthcare provider will be able to detect a number of serious health problems, which may need immediate treatment.

Cortisol. What is it?

Cortisol is a hormone secreted by the adrenal glands. This process is triggered by the production of the adrenocorticotropic hormone in hypophysis (a gland in the human brain). Cortisol is widely known as a stress hormone. Its high quantities are released into the blood flow if a person feels stress. The chemical is also responsible for the fight-or-flight reaction.

This hormone is important for the proper functioning of the: 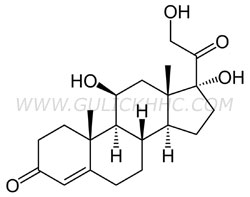 Besides, it is needed to keep the bones strong.

What levels of cortisol are considered to be normal?

The secretion of cortisol in different hours of the day is not the same. In the morning, its levels are the highest and during the day they gradually go down (of course if you are calm). A cortisol blood test is usually done between 6am and 8am.

In the norm, during the mentioned time period its amount should be within 10-20 micrograms per deciliter (mcg/dL).

What does low cortisol mean?

Insufficient amounts of the hormone may mean that you are suffering from one of the following health conditions: 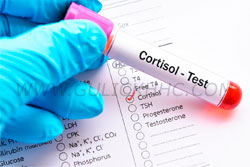 The amount of cortisol in your blood may also be lowered due to the intake of cortisol antagonist medications, for example, ketoconazole, barbiturates, dexamethasone, and some others.

What do high cortisol levels mean?

In case the results of the cortisol blood test have shown an excess of the hormone in the blood, you may need some additional examination procedures. High cortisol may signal about: