Because of the differences in the way of life, stress levels, and the ability to cope with it, men are more predisposed to certain health issues than women. Here is a list of the most often diagnosed illnesses in men for you to be aware of.

The WHO statistic claims that the United States is in the top-10 of the countries with the highest cardiovascular disease death rate. Per 100.000 men between the ages of 35 and 74, 235 die because of heart disease or stroke.

The reason hides in the naturally higher amounts of bad cholesterol in the male body compared to the females. 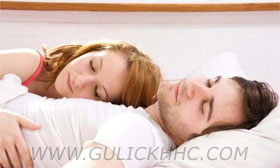 Unhealthy eating habits, smoking, a lot of stress, and lack of activity only add to the natural threat. Thus, men commonly evolve heart disease long before the age of 65.

Malignant growth of cells is the second most widespread health problem in the USA. About a quarter of all the newly revealed cases fall on prostate cancer. Lung cancer affects 15% of new cancer patients. Colorectal cancer closes the three most often diagnosed malignant illnesses with 10% of incidence.

Despite depression is more common in women (9.3%) than in men (5.4%), the rate of suicide in the latter is very much higher. 79% of all completed suicides are committed by men.

The probable reason for such a sad statistic is that men find it more difficult to express their feeling and emotions than women. Hence, they keep the problems inside thus accumulating them. Finally, when the peak is reached even a trifle can trigger suicide.

To the major factors of risk for depression belong:

About 36.6% of all male population of the USA have prediabetes. The bulk of them doesn’t even suspect being so close to the disease.

The main risk factor for diabetes is excessive weight and obesity. Neglection of healthy nutrition, eating fast food and junk food, plus lack of physical activity make men “an easy prey” for the disease.

Troubles with getting and keeping an erection are quite common for men around the world. 52% of Americans know the problem really close. The probability of getting this illness grows with age, yet it’s not the main problem. ED usually affects men with heart disease, hypertension, increased stress levels, and diabetes. So, it’s quite hard not to evolve it taking into account that these ailments are most common in males.

Troubles with joints are gathered under common name arthritis. The disease is diagnosed in more than 20% of the overall population of the USA older than 18. The major manifestations of arthritis are joint stiffness, pain, swelling, redness, loss of the usual joint mobility.