Crohn’s disease and ulcerative colitis are chronic inflammatory bowel disorders (acronym IBD, from Inflammatory bowel disease) that seem to predispose to a greater risk of developing colon cancer – but also hematologic malignancies and lung cancers, bladder skin and liver). However, few studies have investigated the relationship between chronic intestinal diseases and prostate cancer, with contradictory results. A new study on this problem was published in the scientific journal European Urology. Let’s try to understand together what it is. 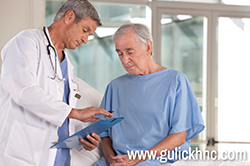 This is a retrospective study that took into consideration 1033 male patients with IBD and 9306 control cases (without IBD) who turned from 1996 to 2017 to any clinic in the Northwestern University (Illinois) group, to undergo the dosage of prostate specific antigen (PSA), an enzyme produced by the prostate, usually present in the circulation in low quantities and which increases in cases of prostate infections, benign prostatic hypertrophy and prostate cancer.

In the study, there was a 4 to more than 5 times higher risk of developing any type of prostate cancer for individuals with IBD than for those not affected. This risk varies in relation to the age group and the ethnic group, and the age range with the highest risk (greater than 8 times) is over 70 years. Furthermore, the risk of developing more aggressive prostate cancer is greater for people with IBD in the age group where it is recommended to undergo screening for this condition (over 50 years). Regarding the value of PSA, a tendency to increase its value has been observed in patients with Crohn’s disease and ulcerative colitis.

However, the results of the study need confirmation since two other recent analyzes have highlighted the association between ulcerative colitis and the development of prostate cancer, but not that between Crohn’s disease and cancer itself.

Furthermore, a previous meta-analysis, which brought together more than 12,000 patients, did not observe an increase in the incidence of prostate cancer among IBD patients. All these studies, 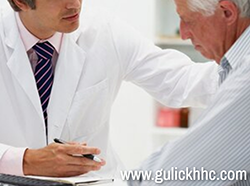 including that of Northwestern University, as the authors themselves state, suffer from some limitations, therefore there is still no certainty of a link between inflammatory bowel diseases and prostate cancer and further research will be needed to ascertain the evidences gathered so far.

In conclusion, it is known that in the general population the risk of developing prostate cancer increases with age, but the Northwestern University study shows that the risk is greater in the population affected by Crohn’s disease and ulcerative colitis and that already at starting at age 50 also increases the risk of developing the most aggressive forms of this cancer. According to the authors of the study, therefore, a regular specific medical check would be desirable, especially if their result is confirmed by future investigations.

You do not have permission to submit a question