Being unable to conceive, the couples start looking for the problem. For about a quarter of them, the reason hides in male’s health. Stresses, unhealthy nutrition, low physical activity, and bad habits are named as the major reasons for such a statistic. However, a number of recent studies have revealed another issue, which may be the cause of low fertility levels in men. The story goes about vitamin D.

It is thought that low levels of this nutrient are to blame for the poor sperm quality in infertile men.

Why is vitamin D so important? 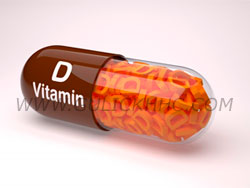 Vitamin D takes part in cholesterol metabolism in the special cells located in the testicles. They are called Leydig cells and are responsible for testosterone production. Besides, vitamin D helps to activate the release of energy from lipids thus increasing the motility of the sperm. Hence, insufficient levels of this nutrient affect spermatogenesis and the motility of the semen leading to male sterility.

The results of the pilot study conducted by the Italian scientists claim that males with low vitamin D levels who have been diagnosed with infertility have lower chances for becoming fathers compared to the individuals having the same diagnosis yet with a normal level of this vitamin.

A total of 102 infertile couples took part in the experiment lasting for three months. They were divided into two groups depending on the vitamin D levels of the male partners. Neither of the men took any vitamin D supplements. However, the female partners took three cycles of gonadotropin to stimulate mono-ovulation. 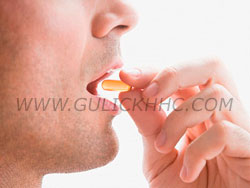 The results showed that in couples with normal vitamin D levels the rate of pregnancy was 27.7% (10 pregnancies in 36 couples). The results of the other group were much lower – only 9.2% (5 pregnancies in 54 couples). Despite the results of the semen analysis taken at the start of the survey haven’t significantly changed by the end of the experiment, the percent of the achieved pregnancies shows the significance of sufficient amounts of vitamin D for male fertility.