If you ask any adult person in the street to name at least one food product that is considered an aphrodisiac, you are very likely to hear an answer. But is it all true? Can food really stimulate our libido? Can it help to better performance in bed? 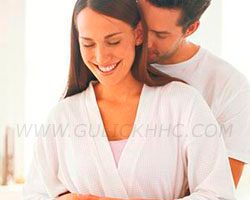 Actually, there are no scientifically based confirmations about such an effect of either of the foods we may think of.

Neither oysters nor bananas have any impact on male or female ability to get sexually excited in the way of physiology. However, from a psychological point of view, anything is possible.

Foods having the shape of the sex organs are stimulants

Numerous scientific researches couldn’t prove any libido stimulating properties of foods that resemble male or female sex organs. So, carrots, cucumbers, and oysters won’t help your penis to get erected. Nevertheless, a human brain can trace certain associations that may help your fantasy develop thoughts about sexual contacts when eating at looking at these products.

It’s not always the shape that gives grounds to think about the food as of an aphrodisiac. Foods having smooth and creamy texture are also sometimes associated with pleasure in bed. Speaking about the taste, spicy dishes and foods are thought to make you “hot” between the sheets, yet it is all rather doubtful. 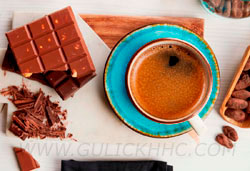 These are, probably, the best candidates for being called aphrodisiacs. That’s because both chocolate (actually only dark chocolate) and coffee can work as the central nervous system stimulants. They can elevate the blood pressure and give us some additional energy, which may be directed to the embodiment of our sexual fantasies.

However, neither coffee nor chocolate can trigger physical mechanisms of arousal. Both act by narrowing the blood vessels, which is an absolutely contrary effect of what is needed for getting an erection, for example. So, to believe in aphrodisiacs or no is only your choice. Nevertheless, remember that a romantic atmosphere can work best of all regardless of the foods in your plate.