More than 2.1 million new cases per year: here are the numbers of breast cancer diagnosed in 2018. If you look at the situation in our country, it is good to remember also the excellent average of survival at five years: the value in question is equal to 15% and exceeds the average. 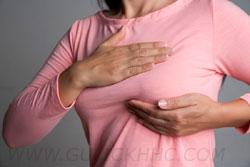 Those who experience the ordeal of breast cancer diagnosis and subsequent treatment must also deal with recurrences. Among the “strategies” useful to prevent them we find the physical exercise. As also mentioned by the experts of the Department of Population Health Research, Alberta Health Services-Cancer Care, physical activity helps modulate the mechanisms of the immune system, whose efficiency is deeply linked to the possible progression of the neoplasm.

To further investigate the effects of physical activity on the risk of breast cancer recurrence, researchers at the University of Urbino Carlo Bo, in collaboration with two non-profit cultural associations and with leading health organizations such as the National Cancer Institute Foundation of Milan, will soon start the MoviS project.

Starting in November, 180 patients will be recruited with a diagnosis of breast cancer and having undergone surgical treatment. The criteria also include the absence of the disease at the time of inclusion in the sample and the fact that chemotherapy has been completed for at least 6 months.

The participants, divided into two groups, will be placed in three support courses. Both groups will be followed from a psychological and nutritional point of view, while only the experimental one will be included in a program aimed at controlling physical exercise starting from the data of a personal diary on daily movement.

At a 3-year follow-up, it will be possible to collect data that is undoubtedly relevant to an aspect that is worth considering. As highlighted by experts, leading a sedentary lifestyle after a diagnosis of breast cancer exposes a mortality risk greater than 25%.

To prevent recurrences, only two and a half hours of physical activity would be enough per week (a light discipline like fast walking is also very good). Finally, remember the importance of saying goodbye to cigarette smoking and an unbalanced diet.