Flagyl (metronidazole) is a nitroimidazolic antibiotic, used particularly against anaerobic bacteria. Developed in the 1960s, metronidazole has also proved effective in treating dermatological diseases, such as rosacea, and vegetating tumors. Flagyl can be considered the antibiotic of choice against Clostridum difficile infection in the early stages of the disease.

What is Flagyl used for? 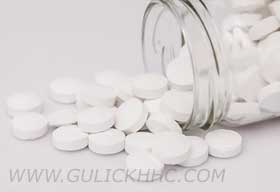 The use of Flagyl, along with other antibiotics and proton pump inhibitors, is typical in triple therapy for the eradication of Helicobacter pylori.

Infection with Trichomonas vaginalis is a venereal disease; in this regard it is very important to treat the patient’s or patient’s sexual partner simultaneously, even when there are no symptoms. Flagyl is also indicated for this type of treatment. In certain cases, when the partner is asymptomatic and laboratory tests are negative, it is the doctor’s duty to strongly recommend the partner to undergo this treatment anyway, since in asymptomatic males it is often difficult to isolate the micro-organism; for this reason, in the absence of proper male therapy, there is the risk of a re-infection of the partner, ie of a relapse of the disease.

What is Flagyl used to treat?

Orally (in both women and men). Recent studies indicate that the administration of metronidazole in doses no higher than 2 g is preferable, ie 8 tablets appropriately divided into 4 administrations in a single day.

Metronidazole proved to be effective and well tolerated, when used as part of an appropriate therapeutic protocol (generally associated with proton pump inhibitors and other antibiotics), at dosages ranging from 1000 to 1500 mg (4-6 tablets) divided into 2-3 daily administrations for periods between 7 and 14 days.

How does Flagyl work?

It is advised that Flagyl treatment of serious infections caused by anaerobic bacteria begins with the administration of Flagyl intravenously, and then continues with an appropriate oral therapy. To avoid the appearance of resistant bacterial strains, it is recommended to use Flagyl only after confirmation – by bacterial culture and antibiogram – that microorganisms sensitive to the drug are involved; this is the only way to ensure that the infection will be eradicated.

What are the side effects of Flagyl?

During treatment with Flagyl the urine may take on a reddish color, due to the drug’s colored metabolites. The most common side effects of Flagyl are those related to the gastrointestinal system, such as diarrhea, abdominal pain, nausea and vomiting.

Other frequent side effects are those related to the central nervous system, such as dizziness, headache, drowsiness, insomnia and dry mouth. Then we can mention the side effects due to hypersensitivity to Flagyl and the systemic reactions triggered by this drug: 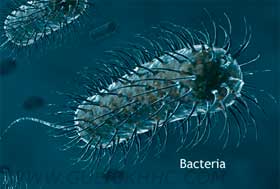 Other side effects that may occur after Flagyl administration are dizziness, dry mouth and metallic taste, vaginal itching, swelling of the tongue, coughing and a plugged nose or a running nose. It is also recommended to ask for urgent medical help when there are side effects such as swelling of the face, swelling of the tongue, lips and throat; instead, it is advisable to tell your doctor if during treatment with Flagyl there are side effects such as tingling or numbness of the upper and lower limbs, burning during urination, appearance of white spots in the mouth or on the lips, continuous watery diarrhea and vision disorders.

How to deal with Flagyl side effects

Side effects of Flagyl should be reported to prescriber if they become particularly bothersome or persistent; this may be viewed as a reason to decrease the dose. Taking drug alongside with a meal may help decrease sensitivity towards the drug. Increase your intake of fluids when you take Flagyl in order to speed up clearance and help your body detoxify in a natural way.

Flagyl also interacts with anticoagulants, such as Warfarin, altering its efficiency; therefore it is advisable to monitor the plasma levels of the anticoagulant when it is administered simultaneously with Flagyl.

If Flagyl is administered together with Cimetidine (H2 antagonist), an increase in half-life and a reduction in the clearance of Flagyl itself is observed; therefore, in these cases a Flagyl dose adjustment should be considered to avoid the occurrence of side effects depending on the latter. Another important interaction is that of Flagyl with Disulfiram, which can cause mental confusion and acute psychosis; to prevent these side effects from occurring, it is recommended not to use Flagyl during treatment with Disulfiram and in the two weeks following the end of therapy with the latter. When Flagyl is administered together with lithium it leads to an increase in the concentration of the latter, consequently it leads to lithium toxicity and renal toxicity; in addition, hypernatremia and hypercreatininemia also occur, so if these two drugs are taken together it is recommended to monitor the levels of lithium in the blood and the concentration of creatinine. Phenytoin and Phenobarbital. instead, if administered together with Flagyl, they determine an increase in the metabolism and a decrease in the plasma half-life of the latter. 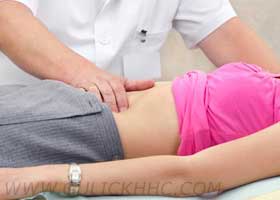 Flagyl is an antimicrobial, antiprotozoal and antiseptic with a nitroimidazolic structure, successfully used against Gram positive and Gram negative bacteria. Flagyl is absorbed in very high percentages when administered orally, only to be eliminated mainly via the kidneys; in this way important quantities of non-metabolized drug are found in the urine, consequently still active. For this reason it is advised to monitor the administration of Flagyl in patients with severely impaired renal function. Particular care should also be taken during the treatment of elderly patients, because the pharmacokinetics of Flagyl can be altered due to advanced age. Another particular feature of Flagyl is its excretion in small parts through vaginal secretions (about 15%); renal excretion in large quantities still active and the elimination of a small percentage through the vaginal route, make Flagyl one of the most used drugs for the treatment of urogenital tract infections, both in females and in males. Despite this, however, Flagyl should not be used without criteria and in all the infections we encounter. In fact, to avoid the appearance of antibiotic-resistant strains and to guarantee the success of the treatment, the use of Flagyl is strongly recommended only after the execution of a bacterial culture that has confirmed the sensitivity of the pathogen to Flagyl.

What are other names for Flagyl?

This is the second time I have taken a therapy course with this drug. Last time it was all over but after a week the problem came back to me. I have a problem with side effects, like stomach pains and headaches and I’m very tired. I hope this time the whole thing really goes away and doesn’t come back, so I don’t have to take any more drugs.

Hi, a year ago the gynecologist prescribed Flagyl suppositories for me in the evening and lavage in the morning because, she told me, I had too much discharge. In the insert sheet it was written 6 months. But is it possible for so long? I can say that now I have white discharge, sometimes dense and others very liquid, but still smelly. Should I worry? Is it true that if I took these suppositories I could not have sex? Thanks.

If the odor persists, Legionella infection traits are conceivable. I agree with your doctor’s recommendation as for the treatment with Metronidazole, it would be appropriate that also the partner receives oral therapy with Metronidazole for at least 7 days. Lavages are much less usefull, indeed, I would replace them, alternately, with Metronidazole in suppositories or acidifying creams, to rearrange the acid vaginal environment, but you should follow the recommendations of healthcare provider who appointed your therapy. Best regards.

The side effects thankfully did not appear, and the problem that I was taking the drug for has started to slowly disappear, I mean the symptoms are not so bothersome any more.. I am on day 6 of treatment with Flagyl…

How to deal with Flagyl side effects? I was prescribed a course of Flagyl, but I am experiencing awful side effects. Should I discontinue?

Hello, Jay! First of all, you should not discontinue the course of antibiotics without your doctor’s approval. In doing so you risk developing resistant bacteria, which will further complicate your treatment. Unfortunately, you do not specify which side effects of Flagyl you find the most bothersome, so I will try answering you along the general lines of dealing with the side effects of antibiotics of its class. When taking antibiotics, it is highly advisable to include yogurt with lactic acid bacteria in your diet. In addition to yogurt, many fermented foods naturally contain a high amount of probiotics. Alternatively, you can opt for probiotic supplements after consulting your doctor. If you suffer from diarrhea, nausea or vomiting due to prescribed antibiotics, ginger is effective in treating these side effects. Sip ginger infusions to counteract the side effects of Flagyl.